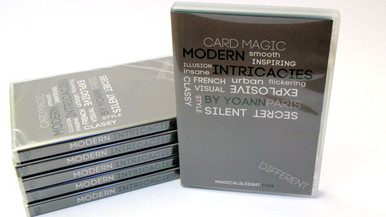 Here you won’t find any interesting patter or clever psychological ploy, only cold-blooded, relevant card routines, cleverly constructed and virtually bulletproof to any technical problem. Most of the tricks are quite difficult, precisely because of that, not only does he teaches you new effects, he also explains new methods, new moves, new concepts. His own vision of what a card trick should be.
It’s not for everyone, but it will be worth the effort one will put in.
Welcome to Yoann’s mind.