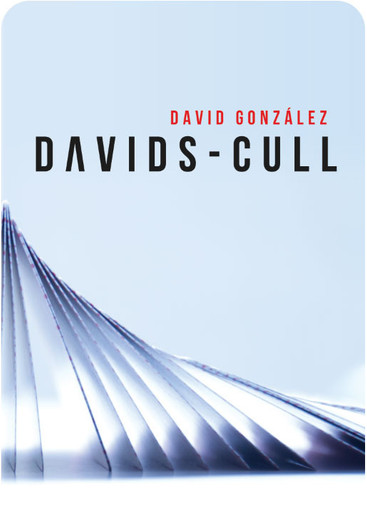 Culling cards is an essential technique for the serious card expert and there are many methods available. Of these, David's Cull is one of the very best.

A Short story from our friend Paul Wilson, about David González and his amazing technique for culling cards.

In early 2012, while attending the Ascanio memorial convention in Madrid, I was shown one of the most powerful sleights I've ever seen.

At 3am in a small hotel just outside of Madrid, I was packed and ready for my 4:30am taxi. In the next room, Jason England was sharing with Derek Delgaudio. After three nights of non-stop sessioning, I needed an hour in bed to make it to the airport alive. I said my goodbyes, closed the adjoining door and lay down for an all-too-short nap.

Ten minutes later, I woke to someone banging on the door. There was something I just had to see. Half asleep, I struggled out of bed and shuffled my feet until I was standing back in Jason's room, shaking hands with a stranger. David Gonzales asked to borrow my deck of cards, quickly spread through, then finished with a cut. The reds and blacks were separated.

Suddenly wide awake, I shuffled and handed him the deck again. I blinked as I watched the cards quickly pass through his fingers. Again, the reds and blacks were apart. He repeated with the aces and kings and I knew I was watching something new.

David's cull is a work of beautiful simplicity. He has engineered a technique that is as certain as it is ingenious. Spread through the deck once and you can instantly produce any cards desired. We've watched David perform it many times. If you're serious about sleight of hand with cards, this is an essential addition to your arsenal.