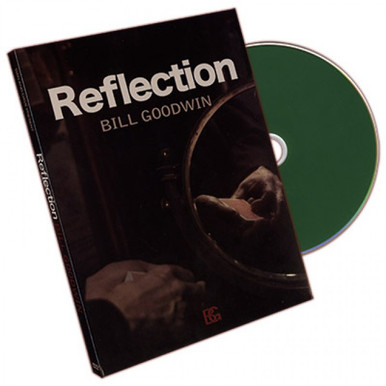 An exquisite selection of eleven ingenious effects from one of our era's finest card magicians, Bill Goodwin. Included is material culled from his hard to find lecture notes as well as several effects never before published. This is the first time a collection of his secrets has ever been released on DVD.

Using only an ordinary pack of cards, discover the secrets of a true sleight of hand artist and experience the deviant card magic of Bill Goodwin.

Oxnard Split: A highly visual handling of Paul Harris' "Las Vegas Split." A Four transforms into two Twos followed by each of the Twos transforming into two Aces.

One Off: The magician attempts to find a selected card, however, he is off by one. To remedy the situation, the magician splits the card into two cards to reveal the selection.

Off Balance Transposition: A three-phase routine where a selected card and the four Aces repeatedly switch places culminating with a visual transformation of the selection into the four Aces.

The Paint Brush Change: Roy Walton's wonderful full face visual change of one card into another happens instantaneously as you "wiggle" the card.

Double Lift Unload: A deceptive technique for unloading the lowermost card of a double so that it appears as if the card never goes flush with the deck.

About Face: A card held at your fingertips turns over visually with just a stroke of your thumb. A handling for Alex Elmsley's "Turn-About Card."

Twisting the Kings: A direct handling of Dai Vernon's classic "Twisting the Aces: finishing with all four cards turning over simultaneously.

The Mirage Trick: The magician offers to show the audience a mirage. A selection is produced between two cards, but immediately vanishes proving that its appearance was just a mirage. Included in the explanation is a handling of the Bluff Pass.

Spectator Cuts to the Aces: A clean and direct handling of this classic plot. The method highlights a versatile unloading technique that can be applied to other effects.

Mistaken Sandwich: A card is produced between two others. Realizing that it is not the selection, the magician causes it to change into the correct card. The three cards can be examined.

Hold the Mayo: The four Aces are produced one at a time from between two Jokers.

With over 2.5 hours of performances, in-depth instruction and the complete history behind each routine and sleight, Reflection is not simply a DVD on tricks, but an important course for the advancement of your card magic. Shot in High Definition with multiple camera angles. Includes a 10 page booklet for reference and complete history of each effect.